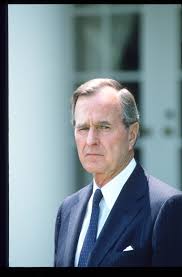 And then President Trump confirmed that his administration was considering categorizing "drug cartels" as "terrorists",  akin to Al Qaeda (with the exception that they are "Catholic terrorists").

They would henceforth be designated by Washington as "foreign terrorist organizations".

What is the intent?

Extend the "War on Terrorism" to Latin America?  "Responsibility to Protect" (R2P). Go after the "Narco-terrorists".

And now, US federal prosecutors are accusing Venezuela's President Nicolás Maduro of  participating (according to the NYT) "in a narco-terrorism conspiracy, in a major escalation of the Trump administration's efforts to pressure him to leave office".

The unspoken truth is (which the NYT fails to mention):

1. Al Qaeda and its related terrorist organizations (including ISIS) in the Middle East, Africa and Southeast Asia are creations of the CIA.

Slowly At First... Then All At Once