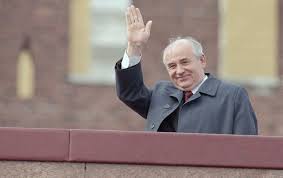 It is only two months into 2020, and the world has already been on the brink of a clash between two great powers. These were real military actions—in Iran, Iraq, and Syria. Then the participants seemed to rethink and stepped back from the brink.

What is this? It's the old policy of "balancing on the edge of war." A dangerous, adventurist policy.

Voices declaring that war is acceptable, the use of force is acceptable are being heard more frequently. Nuclear weapons are being praised again. The air smells of war.

The West blames Russia for everything, and Russia blames the West. The United States is withdrawing from agreements on arms limitations. Military planes fly ever closer to foreign borders, ships come dangerously close to each other, civilian planes are shot down by missiles.

Hawks are ready for anything in order to hold on to power. There's an old saying, "War will write off everything." It is harmful and dangerous.

There is another expression, too: "War is the continuation of politics by other means." Prussian general Carl von Clausewitz would be very surprised to see how people hide behind his words in the 21st century.