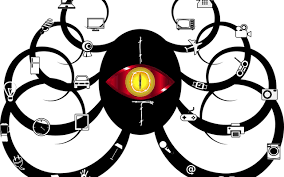 Because the general population hides from the truth in order to avoid reality, a governing takeover of epoch proportions is being implemented at a lightening pace. Every single day brings forth more tyrannical measures, and these measures are meant to be permanent. Are Americans really as ignorant as this government thinks they are?

Please look around at what is happening. Consider that this is no virus, but a false flag event long planned in order to facilitate an economic collapse that was already imminent due to corrupt banking and government policies. This might be the reason the reaction by so many countries is in concert with one another, as all major countries have destroyed their economies by monetary expansion, debt creation, and redistribution of wealth, which placed the bulk of assets in the hands of a concentrated few. In this country, there has also been perpetual indoctrination and aggressive war, and these factors combined have led to class separation, division, and enhanced dependence on government. Because of this, control over society is becoming a reality, and this control is necessary in order for those now so powerful to retain that power and more importantly, to expand and retain control of an obedient proletariat.