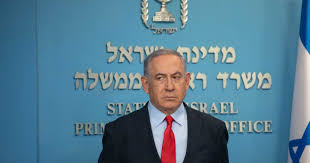 People who met with Prime Minister Benjamin Netanyahu in recent months have heard lengthy speeches that seemed to be taken from one of Oliver Stone's conspiracist screenplays. He told them that even though he has been elected repeatedly, in reality, the country is controlled by a "deep state."

"There's no democracy here, but a government of bureaucrats and jurists," he said.

The strings of this shadow government are ostensibly pulled by the prosecution, which Netanyahu views as more dangerous than Hezbollah's precision missiles. Prosecutors and judges, he believes, have a symbiotic relationship whose goal is ousting him.

"They want to see me sitting in jail," he said in one private conversation, where "they" meant the entire system. Even before the judges hearing his criminal cases were chosen, he was convinced that a hidden hand would arrange the most "left-wing" and least lenient bench possible.