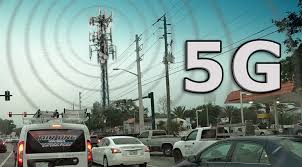 There are now floods of posts on Facebook claiming the coronavirus outbreak was caused by 5G, the fifth generation of mobile internet. Many of the claims center on the idea that the virus originated in Wuhan because the Chinese city had deployed 5G networks last year.

The attention that these discussions are getting (and the actions they are enabling over the health worries) are, according to Jefferies' analysts, a cause for concern as they could lead to a possible drag on its rollout in democratic countries.

Jefferies analyst Edison Lee wrote in a note yesterday that, while most "will laugh" at a scientifically unproven claim, public worry over potentially adverse health impacts of 5G due to radiation shouldn't be underestimated.

He added that, "public fears, even if not based on fact, could pressure governments to stall the rollout of the technology," and in fact he notes that two cantons in Switzerland have already decided to hold referendums on 5G.

So, is there any truth to the claims that 5G is causing the coronavirus to spread? And where did this idea originate from?