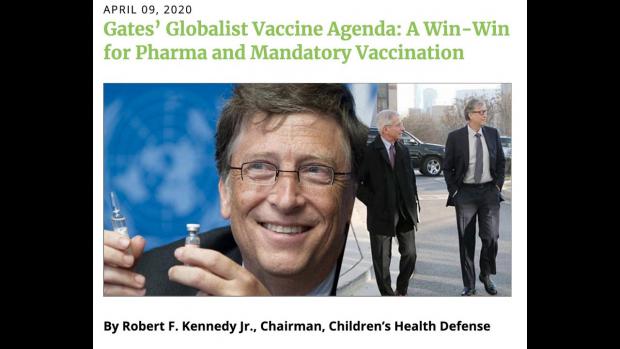 Gates' obsession with vaccines seems to be fueled by a conviction to save the world with technology.

Promising his share of $450 million of $1.2 billion to eradicate Polio, Gates took control of India's National Technical Advisory Group on Immunization (NTAGI) which mandated up to 50 doses (Table 1) of polio vaccines through overlapping immunization programs to children before the age of five. Indian doctors blame the Gates campaign for a devastating non-polio acute flaccid paralysis (NPAFP) epidemic that paralyzed 490,000 children beyond expected rates between 2000 and 2017. In 2017, the Indian government dialed back Gates' vaccine regimen and asked Gates and his vaccine policies to leave India. NPAFP rates dropped precipitously.

The most frightening [polio] epidemics in Congo, Afghanistan, and the Philippines, are all linked to vaccines.

In 2017, the World Health Organization (WHO) reluctantly admitted that the global explosion in polio is predominantly vaccine strain. The most frightening epidemics in Congo, Afghanistan, and the Philippines, are all linked to vaccines. In fact, by 2018, 70% of global polio cases were vaccine strain.

South African newspapers complained, 'We are guinea pigs for the drug makers.'

In 2010, the Gates Foundation funded a phase 3 trial of GSK's experimental malaria vaccine, killing 151 African infants and causing serious adverse effects including paralysis, seizure, and febrile convulsions to 1,048 of the 5,949 children.