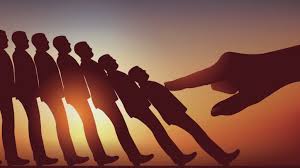 But, is it real, fake or purposely orchestrated? Propaganda is tricky and often difficult to sort out, but now Bloomberg is adding even more uncertainty by reporting that the social media campaign that promotes a COVID-19/5G connection is possibly driven by a state actor or other malicious group using fake accounts and fake posts.

Meanwhile, YouTube is banning all videos that link 5G and COVID-19 and Google has stopped accepting ads promoting the theory.

TN has repeatedly warned about the importance of focusing on the stated industry goal of 5G, which is to implement the Internet of Things and a grid of societal surveillance, aka Technocracy. That's not to say that there are no legitimate health concerns over 5G, but for those who have focused only on those issues, we now see how an entire movement can be reduced to a bowl of quivering jello within a matter of weeks.

I have watched and studied disinformation campaigns like this for over 40 years, and the most successful ones have this in common, namely, nudge the resistance too far into the extreme (whichever direction they might be leaning in the first place, left or right) so that they lose all credibility and finally their movement collapses in on itself.  ? TN Editor

Letters to the Editor • Conspiracies

Covid deaths a cover for 5g?? Sent by Barry from Ireland...