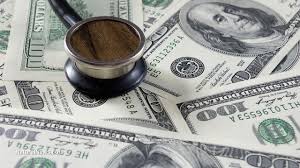 But now, with the world-system collapsing at breathtaking speed, neoliberalism is at a loss to deal with the next stage of dystopia, ever present in our hyper-connected angst: global mass unemployment.

Henry Kissinger, anointed oracle/gatekeeper of the ruling class, is predictably scared. He claims that, "sustaining the public trust is crucial to social solidarity." He's convinced the Hegemon should "safeguard the principles of the liberal world order." Otherwise, "failure could set the world on fire."

That's so quaint. Public trust is dead across the spectrum. The liberal world "order" is now social Darwinist chaos. Just wait for the fire to rage.

The numbers are staggering. The Japan-based Asian Development Bank (ADB), in its annual economic report, may not have been exactly original. But it did note that the impact of the "worst pandemic in a century" will be as high as $4.1 trillion, or 4.8 percent of global GDP.

This an underestimation, as "supply disruptions, interrupted remittances, possible social and financial crises, and long-term effects on health care and education are excluded from the analysis."

We cannot even start to imagine the cataclysmic social consequences of the crash. Entire sub-sectors of the global economy may not be recomposed at all.