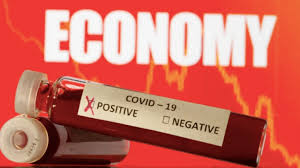 The answers to these questions being given by pundits, economists, money honeys, and politicians are, almost without exception, totally incorrect. This is most unfortunate because it means the actions taken by the US (and, it appears, every other government in the world) are not only going to be ineffective but counterproductive.

For years, I've predicted something I've called the Greater Depression. I've seen its arrival as being completely inevitable. Only its exact timing was in doubt. So let me be as clear as I can be about what's going on in the world right now.

I believe this is it.

We've entered a downturn that is going to be longer, deeper, and different than the unpleasantness of 1929-1946.

I sincerely hate to stick my neck out by saying that. Clearly, the longest trend in existence is the Ascent of Man, and it's usually a mistake to buck any trend; the trend is your friend. But no trend rises like a straight line. That said, it seems to me this is going to be a really, really serious correction – I suspect, the worst since the start of the Industrial Revolution.

WARNING: The GREAT RESET Is Coming For YOUR MONEY! - Get Your Money OUT Of The Bank NOW!