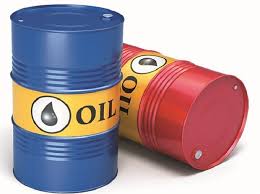 After the Saudis and Russia cobbled a historic OPEC+ oil production cut which at 10 million b/d was the biggest ever, and one which received the blessing - if not the participation - of Donald Trump, the rest of OPEC+ was supposed to applaud the two oil exporting giants who agreed to cut 23% of their, and everyone else's output, and fall in line agreeing to the terms that were imposed upon them in hopes of sending the price of oil slightly higher, because as a reminder even the agreed upon 10 million cut would do nothing to balance an oil market crushed by what Trafigura calculates was a record 36 million b/d drop in oil demand.

However, that did not happen because one country dared to stand up to not just Saudi Arabia, but also Russia and the rest of the OPEC cartel, and even forced Trump to bend to its will with the US president - desperate to get the price of WTI higher in hopes of avoiding mass defaults for the US shale industry - saying he would be responsible for Mexico's production cut balance.

That country is the southern US neighbor, Mexico, which pumps a relatively tiny 1.75 million b/d and which would have been forced to cap its output some 400,000 barrels lower to comply with the deal, however the most Mexico would agree to was a a minuscule 100kb/d cut - a number that is completely meaningless in the grand scheme of the oil market - yet one which openly defies Saudi Arabia which staked its reputation as OPEC's most powerful nation by guaranteeing that every OPEC member would agree to the 23% production cut.