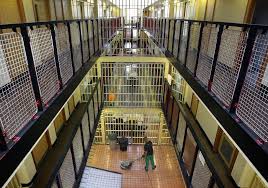 A lot of other people are writing to politicians, elected representatives, celebrities, and other people who have "platforms" or "influence." I've decided to write to you.

You are no doubt aware that there is a man being held in your prison by the name of Julian Assange. I am sure that you are also aware that a great many people believe this that he should not be there, or in any prison. They (and I) believe that the only crime he has committed is having revealed actual crimes committed by people and institutions much more powerful than himself.

We further believe that the only reason he is being held–and held at a time when other non-violent prisoners are being released in order to help minimize the spread of Covid-19–the only reason the most powerful government on earth has contorted the justice system of your own country to the point that it is no longer recognizable as such, is that that government (the government of my country) wishes to send a strong message to anyone else who ever thinks about making its crimes public:

"We can do whatever we want, to whomever we want. We are bound by no laws, no justice system, and if you dare to expose our crimes to the world as this man has, we will do this to you too."