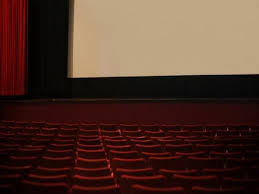 Ahead of that, operators are considering a transition period when they open some locations in parts of the United States where the novel coronavirus outbreak is receding fastest. That could start as early as mid-June, said Patrick Corcoran, spokesman for the National Association of Theatre Owners, though he called any timeline "very tentative."

The timing will depend on guidance from health authorities, he said.

Among the challenges theaters face are making sure filmgoers feel comfortable gathering in groups and having a variety of appealing movies. Hollywood studios are unlikely to release big-budget films when they cannot mount a nationwide release.

"There are two schools of thought," Corcoran said. "People will be very tense and careful and nervous, or people will just be desperate to get out of the house. It's going to probably be a mixture."