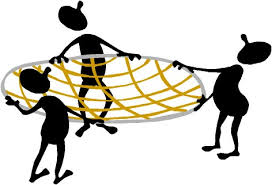 It entails using the government to provide assistance to people to ensure that no one falls off the "high wire" of life and hits the ground and dies of starvation, illness, or other such thing. Without a "safety net," statists argue, people would be dying in the streets, alleys, and gutters of America.

A genuinely free society necessarily entails leaving everyone free to keep his own money and decide for himself what to do with it. Decisions on charity are 100 percent voluntary. No one is forced to care for anyone.

For statists, it is freedom that is the heart of the problem. They say that people can't be trusted with freedom. They say that they will make the wrong choices. That's why they are convinced that in a free society, there would be people dying in the streets from starvation and illness. They say that a free people would turn their backs on them and just let them die.

Thus, the "safety net." The government will be there to ensure the survival and well-being of people who would be rejected by a free people.

"Compassion" based on force

In supporting a "safety net," statists say that they are demonstrating how compassionate they are. But their compassion is reflected in a weird way — one that involves the use of force.

Slowly At First... Then All At Once