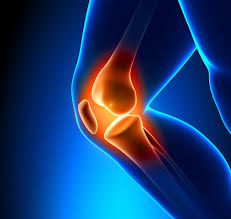 Rupturing a tendon or ligament can be a devastating setback for athletes both professional and amateur, and not just for the hefty medical costs associated with treatment and rehabilitation. These types of injuries can mean long stints on the sidelines, but a new type of implant promises to help move things along by acting as a scaffold to accelerate the regeneration of tissue.

"Ruptures to tendons and ligaments mostly occur in accidents and when playing sport," says study author Professor Hala Zreiqat, from the University of Sydney. "Worldwide and particularly in Australia, there is an immense clinical need for the development of readily available, off-the-shelf, mechanically strong synthetic tendon scaffolds. Conservative methods using immobilization casts and movement-restricting splints and braces often require several weeks of rehabilitation to achieve minimal functional recovery, while current implants carry a higher risk of rejection and infection."

The University of Sydney researchers collaborated with scientists from Columbia University and the University of Erlangen-Nuremberg in developing an alternative. The scaffold is made from a hydrogel and reinforced with polyethylene fibers, giving it a stress resistance and water volume similar to that of real tendons and ligaments, along with a heightened ability to promote growth of collagen tissue once implanted.

"Until now, synthetic scaffolds have come with a significant risk of implant failure, as well as poor biological tissue integration and abrasion," Zreiqat says. "Human tendons and ligaments are 70 percent water – they are complicated structures that include blood vessels, nerves and lymphatic vessels and perform the task of linking bone to muscle and moving the body. For synthetic scaffolds to be accepted by the body, their physical and chemical architecture must align with human tendons and ligaments."

The hydrogel scaffold was tested in an in vitro culture of rat tendon stem cells, which took hold in the structure within two weeks. In another experiment, the team tested the scaffold via an in vivo implantation into a full-sized rat patellar tendon, where strong collagen tissue growth was observed after six weeks.