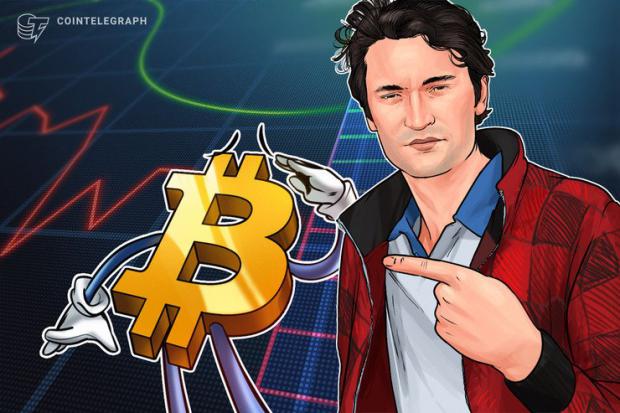 Ross Ulbricht has been locked behind bars for a long time now and during the last few months, he's been publishing his analysis reports concerning the price of bitcoin going forward. News.Bitcoin.com covered Ulbricht's first research study and detailed that Ulbricht was using the Elliott Wave theory to formulate his findings. The principle was created by Ralph Nelson Elliott and the theory involves an analysis of trends like market highs and lows. In December, Ulbricht wrote that the current wave we are in today, it could take the price to regions between $93,000 to $109,000. However, the wave can take a long time to fully materialize and the wave right now may not extend until February 2021.

Ulbricht's latest examination of bitcoin's price is called "Bitcoin by Ross #9: A Strong Signal for Lower Prices" and the report is calling for a big drop. Ulbricht believes the price could drop back down below the $3,000 range again during this current cycle. "Estimating the extent and duration of wave two is difficult and imprecise," Ulbricht wrote on April 11. "There is no limit to how low it can go (except $0) because wave one started at $0. And there is no hard limit to how long it could take. However, corrections will often end in the price range of the previous fourth wave of one less degree. That was wave four from back in 2014. Its price range was $175–$1,240. The two previous bear markets (of primary degree) reduced prices by 86% and 94%. An equivalent reduction by wave two would take prices to $2,800 or $1,200. Wave A of two reduced prices by 84%. An equivalent reduction by wave C of two would take prices to $2,200," Ulbricht stressed. Ulbricht continued by adding:

In terms of duration, if wave C lasts as long as wave A, it will end around June or July 2020. However, waves C of two and wave C of four (not labeled in Figure 1) were considerably larger than the respective A waves. If wave C of two conforms to this pattern, it could drag on into 2021.