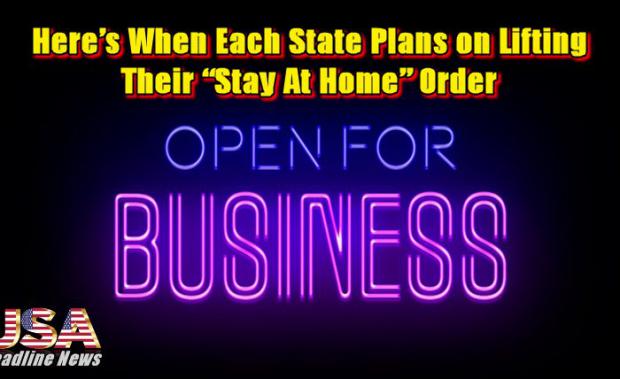 Just days after the media was busy blasting President Donald Trump for not implementing a federal lockdown and instead leaving those decisions up to the states, the media is now busy blasting President Trump for stating that he could end all lockdowns before the states decide to. It's nice to see the media rally to defend state rights for once, though unfortunately it's in the context of them being total hypocrites.

The states will ultimately decide when to re-open, and most actually do already have at timeline in place that span from April 15th to June 10th. Only six states haven't yet given a timeframe for when they plan on lifting restrictions, perhaps because they'd likely be subject to change regardless.

As for those that have set dates, Forbes Magazine's Suzanne Rowan Kelleher has the list. Note that all lifting on restrictions will be done on a rolling basis, not at once overnight.

Whichever state is yours – it certainly feels like this can't end soon enough.