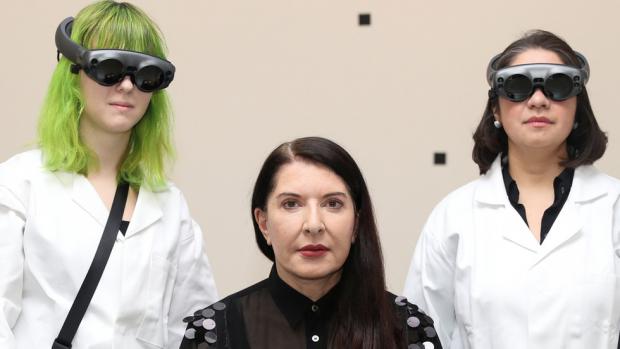 An ad featuring the Serbian performer's latest project, a "mixed reality" installation incorporating Microsoft's HoloLens virtual-reality platform, clearly touched a nerve before it was removed earlier this week. The video received over 25,000 "thumbs down" on YouTube before it was yanked and, while comments were turned off, it's safe to say the reception was a frosty one.

The ad itself was relatively clean of Abramovic's usual blood-and-sacrifice tropes, but its overtones of art-as-luxury-good and conspicuous consumption - the "mixed reality experience" was to be auctioned off at Christie's later in the year - came off as equally outrageous at a time when most of the world is facing an unprecedented economic depression and millions have found themselves out of work due to the coronavirus pandemic.

Abramovic is probably the most famous performance artist alive today, but she's also the most notorious - in no small part because of WikiLeaks' 2016 release of emails pilfered from John Podesta, Hillary Clinton's then-campaign director. The emails appeared to open a window onto what the rich and famous get up to behind closed doors that was either tantalizing or repulsive, depending on one's tastes. Immediately following their release, internet sleuths dug up endless footage of Abramovic carving cakes shaped like human bodies, writing on walls with blood, and posing with various satanic-looking objects.