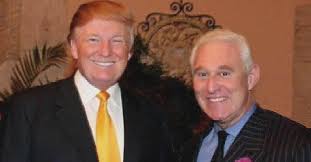 Stone's lawyers argued for a new trial based on recently available evidence that the forewoman in Stone's trial lied on her juror questionnaire about her impartiality.

In a series of Facebook and Twitter posts she made from 2016 to the months before the trial, she linked to articles critical of Trump. In one of them, she cheered Stone's arrest.

But the  judge ruled "The defendant has not shown that the juror lied."

This is laughable since Stone was convicted of lying to Congress that required a bigger stretch of what lying is then what the forewoman stated on her juror questionnaire.

So the judge gives Stone 3 years and 4 months in prison and lets the juror go free and denies Stone a retrial.

That's the way things roll in D.C, it is really not about if you lie but whose side you are on.