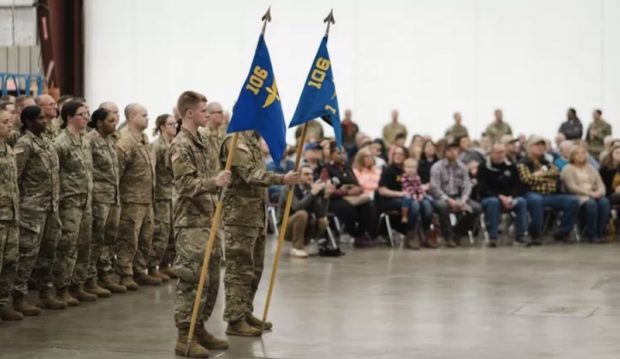 Now, a report in Newsweek purports to prove that the Pentagon lied. In reality, a 10,000 soldier strong national guard unit has been deployed to the capital area with a 'secret' assignment to enforce martial law in Washington DC and help evacuate lawmakers and top government officials if things go south.

In reality, the joint task force is already 10k strong, and is already on 24/7 alert.

And yet the activation of Joint Task Force National Capital Region, including almost 10,000 uniformed personnel to carry out its special orders, contradicts those assurances. JTF-NCR is not only real and operating, reporting directly to the Secretary of Defense for some of its mission, but some of its units are already on 24/7 alert, specially sequestered on military bases and kept out of coronavirus support duties to ensure their readiness.

Members of the Illinois 106th Aviation Battalion was called up under a federal statute placing them directly under the control of the Secretary of Defense. The soldiers, along with several Black Hawk helicopters, shipped out of Decatur, Illinois armory last month.