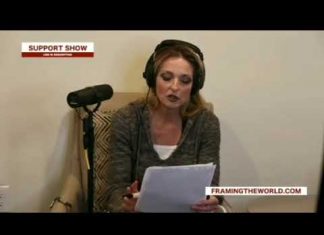 Do you love Dr. Fauci?

American Researcher, Dr. Judy Mikovits worked with Fauci in a laboratory setting for years.  During the time she worked with him, she learned the American blood supply was heavily contaminated...

What was the contamination?

She found more than 25 million Americans at were infected with cancer-causing viruses.

She claims that at a meeting at the NIH on September 6,2010, Francis Collins ordered Dr. Fauci to fund and direct a large-scale study to replicate Dr Mikovits' findings.

Mikovitis continues … she says "they weren't about to let that study happen using real patients that that fit the criteria."

She says Dr. Fauci forbade her "to set foot in Frank Rossetti's lab where I worked for almost 22 years at the National Cancer Institute in Frederick Maryland in Fort Dietrich."

Further… if she "came into the lab to do that study, [she] would be arrested."

With a figurative and literal gun to her head, she was put in a position that if she didn't agree the study was fair… that they would never go look for the viruses again.

Tony Fauci, she claims, stopped the study, and said "time to stop wasting the government's money."

Click "Play," and turn up the sound as Dr. Judy Mikovits describes how she helped discover infectious transmissible cancer viruses and Tony Fauci he made it all go away.