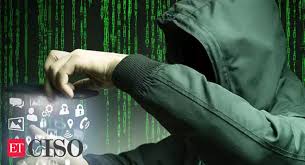 "We certainly have seen reconnaissance activity, and some intrusions, into some of those institutions, especially those that have publicly identified themselves as working on COVID-related research," FBI Deputy Assistant Director for the FBI Cyber Division Tonya Ugoretz told an Aspen Institute online panel discussion.

The FBI official described the spike in state-backed hacking cases comes as several Western bio-research companies could be on the cusp of developing breakthrough treatments and potentially a vaccine related to the ongoing pandemic, which over the past weeks has been ravaging the United States as the new global epicenter.

The flipside to companies publicizing their research, Ugoretz said in her comments this week, "is that it kind of makes them a mark for other nation-states that are interested in gleaning details about what exactly they're doing and maybe even stealing proprietary information that those institutions have."

"For example, if we see that a secure institution is a victim or has been targeted, we, of course, go out and work with them," Ugoretz continued. "Ideally, what we are doing is talking to healthcare institutions and research institutions before they have been a victim so that we can use the intelligence we have to identify the trends and identify who else is in the same category of the victims."

She noted the FBI's Internet Crime Complaint Center currently receives some 3,000 to 4,000 calls per day. Prior to the pandemic crisis hitting North America this figure was at 1,000.