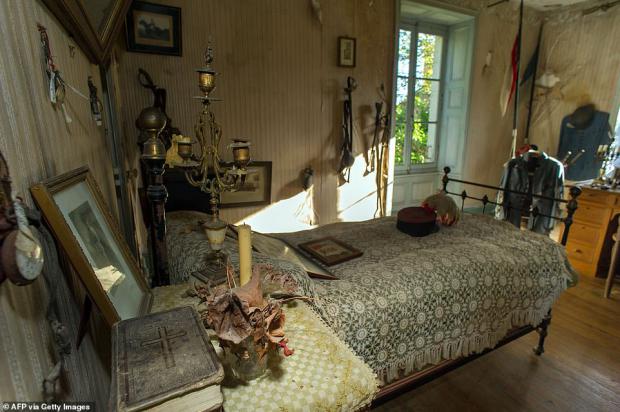 A First World War soldier's bedroom has lain completely untouched in his former home since he died from injuries 102 years ago.

Dragoons' Second Lieutenant Hubert Rochereau died aged 21 in an English field ambulance after fighting in the village of Loker, Flanders, on 26 April 1918.

His heartbroken parents, initially unable to locate their son's body, said they would turn his bedroom into a permanent shrine to his memory.

Mr Rochereau was buried in a British cemetery and lay undiscovered by his family until four years after the war ended, in 1922. He was repatriated to a graveyard at his home village of Bélâbre, 44 miles from Poitiers, south-western France. His bedroom, where he was also born, remains untouched to this day as a permanent memorial.

Stunning photos show the soldier's dust-covered military hat still lying on his bedsheets, more than a hundred years after he last set foot in the room, while a military jacket still hangs in a corner.