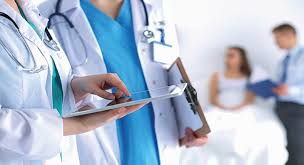 Eventually, some of the protected began to realize the new problem: they were inside the fortress. That's where a great deal of the trouble was.

The casual observer knows bits and pieces of modern medicine's history: the famous Flexner Report of 1910, sponsored by the Carnegie Foundation; the switch from a patchwork quilt of snake oils, nostrums, simple natural practices, and sophisticated therapies to Rockefeller pharmaceutical medicine; the advancing technology of surgery…

At first, Rocky Med was a new entry on the scene; muscling in, striving to become the leading competitor in a crowded field.

But soon enough, what was lurking in the shadows emerged: the ambition for monopoly. The rigging of an exclusive Pharma Standard, against which "lesser" healing approaches would have to be measured.

Resulting from an alliance between pharmaceutical medicine and government, those older approaches would go down to defeat, or at best, suffer classification as second-class citizens.