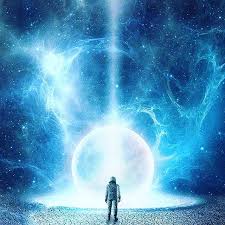 Whatever forces are behind the current spread of the coronavirus justifying the shutdown of major nations across the globe, one thing is increasingly certain: a new system will absolutely emerge from the currently collapsing one. What remains to be seen is whether this new system will be shaped by those fascist crisis-loving technocrats pushing for a unipolar world order, or whether it will be organized by sovereign nation states working together under a multi -polar community of principle.

Amidst the confusion and fear driven by the global pandemic, President Trump passed a fascinating Executive Order on April 6 calling for the mining of asteroids and the Moon which may serve as the gateway to shaping a new system of economic relations, rules and values around a shared future for humankind. Trump's Executive Order states in part that "successful long term exploration and scientific discoveries of the Moon, Mars and other celestial bodies will require partnerships with commercial entities to recover and use resources, including water and certain minerals in outer space."

In stark opposition to those cynics who wish to analyse every event from the lens of simple geopolitics, the executive order goes onto reject unilateralism in space (promoted by the Space Force ideologues seeking to extend militarisation beyond earth) and rather calls for cooperation, stating that the USA "shall seek to negotiate joint statements, and bilateral and multilateral arrangements with foreign states regarding safe and sustainable operations for the public and private recovery and use of space resources."