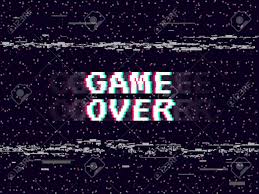 Markets are currently on fast-forward as politicians are also on fast-forward on when we will remove economic lockdowns and go "back to normal" – as if the virus isn't the one in the driving seat in all this. In that regard let's reconsider some of the projections we made in a report published on 13 March titled "28 Weeks Later", which tried to guess what the world might look like once the immediate threat from COVID-19 has faded. We are just over 28 days on from that report and yet we seem to have already reached many of its conclusions - history on fast-forward along with markets, it seems. Specifically, we argued we would see:

Fiscal and monetary policy joined at the hip via MMT;

A stronger role for the state;

Talk of a structural shift in market paradigms as globalisation breaks down;

Discussions over supply-chains shifting based not just on price, but on national security – on which note Japan's latest fiscal stimulus has USD2.2bn set aside to help encourage Japanese firms to leave China, and even China dove White House Economic Advisor Larry Kudlow has stated he's like to incentivise US firms to do the same; and

A stronger USD, most so vs. EM FX.