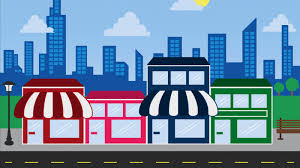 In fact, while I got along with them personally, I found that some Democratic members and career bureaucrats seemed to have an anti-business attitude.

Now, I am witnessing a very similar and fascinating corollary in response to the shutdown of most of America's small businesses.

Those who are government employees at all levels, including members of Congress, don't seem to mind, and many are probably even enjoying their extended vacations. After all, they are still drawing their salaries.

Many government employees and members of Congress seem to be supporting, or in some cases, even demanding that the shutdown continue for an even longer period of time.

Most who own small businesses want to get their firms open again before they go under. And the Rush Limbaugh Show recently ran a report from CNN saying that over 80% of U.S. jobs were in small and medium-sized businesses.