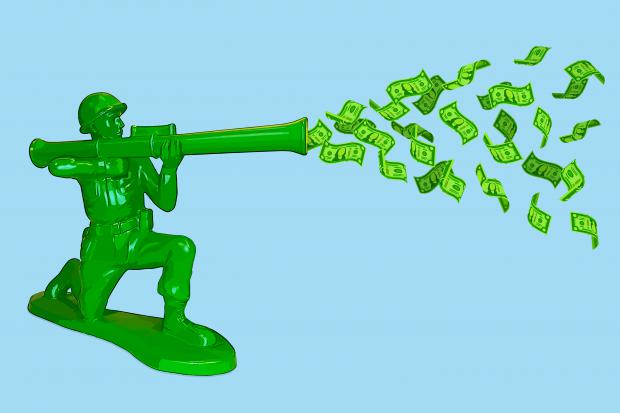 And the feds are just getting a good start! When the gift-giving is all over, it is expected to add up to $6 trillion!

Aren't you happy that you live under a government that is so good, kind, compassionate, caring, and benevolent? Imagine living under a communist regime, where government officials are so selfish that they keep most of their money to themselves and refuse to share it with their people.

What would we have done in this coronavirus crisis if the federal government wasn't helping everyone? Why, we all would be doomed. Doomed!

But a question does naturally arise: Where are the feds getting all that money? Oddly, it's not a question that the mainstream press, including investigative reporters, is interesting in asking. To them, the question is irrelevant and immaterial. Who cares where the government is getting the money? What matters is that it is sending it to us to help us out.

Alas, such is not reality. The federal government does not get its money like Amazon and Microsoft do. It gets its money by taxing people.