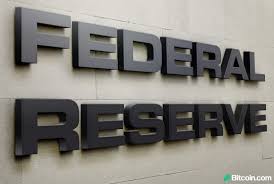 Mainstream media has been awfully quiet about all the fraud and manipulation stemming from the global bureaucracies' newly enacted covid-19 reaction policies. In the U.S. amid all the commotion and fear, the Federal Reserve granted special powers to the giant private equity firm Blackrock. The arrangement has been criticized a great deal because Blackrock is now allowed to buy corporate bonds and commercial mortgages, with no oversight and continuously. Moreover, Blackrock can bail itself out and give funds to the many fossil fuel suppliers who are desperately seeking stimulus from the government.

Unfortunately, politicians and central bankers worldwide have used the coronavirus outbreak as an excuse to print unlimited money for private financial institutions and shut down global economies. In the U.S., economists have stressed that the response to the covid-19 outbreak was the worst decision in "one-hundred years."

"We now know, with as much certainty as one can know such things, that lockdowns are very costly and confer no clear benefits," explains Robert Wright an author from the American Institute for Economic Research (AIER). "We also know that places that did not lock down and restrict basic civil liberties suffered no worse fates than those that did," Wright added. While American politicians and the Fed gives trillions of dollars to Wall Street, corporatists, and special interest groups, citizens from Florida, Ohio, Michigan, Texas, New Hampshire, Virginia, Kentucky, Minnesota, North Carolina, Maryland, Tennessee, and Idaho have been protesting the economic shutdowns. There are also anti-lockdown protests popping up worldwide in countries like India, Iraq, and many African nations.

Meanwhile, after distributing a measly $1,200 check to American citizens, the CARES relief act has given politicians a pay raise and trillions were offloaded to Wall Street and special interest groups in the U.S. Further, the Federal Reserve has made it more difficult to place blame on the central bank, as the institution has given special powers to the equity firm Blackrock.