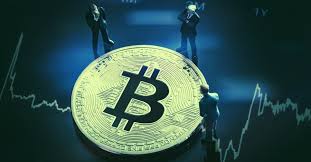 -A developer has created an unbreakable encrypted messaging system based on Bitcoin Cash transactions.

-The creation is a response to the USA's controversial EARN IT act, which aims to abolish end-to-end encryption

-Plans to integrate it into decentralized social media platforms are already underway.

Dubbed bch-encrypt, the system works in a similar way to email encryption.

Similarly, within bch-encrypt, anyone can encrypt a message as long as they have a Bitcoin Cash address. The message gets written to the blockchain, and only a person with the private key held by that address can decrypt the message.

Fighting the EARN IT Act with bch-encrypt

Troutner developed the messaging system as a response to the Eliminating Abusive and Rampant Neglect of Interactive Technologies ("EARN IT") Act, currently the subject of hearings in the US Senate. The bipartisan legislative effort was formulated as a means to fight online child sexual abuse, but privacy advocates such as the Electronic Frontier Foundation have called the Act "a disaster for Internet users' free speech and security." They argue that EARN IT could be used to eliminate end-to-end encryption in instant messaging apps and other communications platforms.

How bad is the EARN IT Act? In addition to being an attack on encryption, it also violates the Constitution. Congress must reject the bill. https://t.co/gGbHEVfmLN