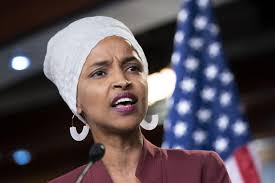 The Minnesota congresswoman's proposal to cancel rents and mortgages during the coronavirus pandemic is both wildly impractical and constitutionally dubious.

The movement to cancel rent during the COVID-19 pandemic is going national. On Friday, Rep. Ilhan Omar (D–Minn.) introduced the Rent and Mortgage Cancellation Act, which does what the title suggests, and much, much more.

Omar's legislation—which is being co-sponsored by "squad" Reps. Alexandria Ocasio-Cortez (D–N.Y.), Rashida Tlaib (D–Mich.), Ayanna Pressley (D–Mass.), alongside three other progressive Democrats and a bevy of left-wing activist groups—would cancel rent and mortgage payments for the entire country "regardless of income or payment level."

The rent and mortgage suspension would only apply to primary residences and would remain in effect until a month after the end of the national emergency President Donald Trump declared on March 13. Tenants and homeowners would not have to make payments on leases or mortgages during that whole time, nor could their landlords or lenders use their failure to pay as a cause for eviction or foreclosure.

In addition, tenants and homeowners could not be charged late fees or penalties, nor could they have their credit scores downgraded. People who feel they've suffered an "adverse action" for exercising these protections could sue their landlord or mortgage lender in federal court for damages.

How The Bottom-Up Bailout Will Impact The Future

More Adults Than Ever Live With Parents or Grandparents