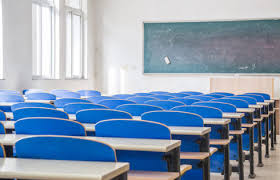 A prominent Harvard Law School professor is calling for a ban on homeschooling stating that it is dangerous for children to be left with their parents 24/7 and to have authoritarian control over them.

In an article by Erin O'Donnell titled The Risks of Homeschooling, O'Donnell outlines Elizabeth Bartholet, Wasserstein public interest professor of law and faculty director of the Law School's Child Advocacy Program at Harvard's take on how dangerous it is to allow parents to educate their own children. Bartholet not only insists that homeschooling deprives children of their right to a "meaningful education," but that it also violates their "right to be protected from potential child abuse" and keeps them from "contributing positively to a democratic society."

Translation: what Bartholet means is that it violates the left's "right" to define how other people's children become indoctrinated with whatever the left deems to be a "meaningful education" — read progressive education.

Further, the notion that children are at greater risk of child abuse because of homeschooling is an unproven fact. While there are parents who hide behind homeschooling to abuse their children, there are already laws on the books to prevent and punish child abusers. To suggest that pulling children away from their parents and handing them over the state is the proper way to address child abuse is not only negligent thought, it's sub-human ideology.