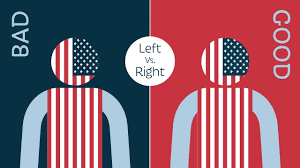 One of the most important differences between the Left and the Right is how each regards the role and the size of the government.

The Left believes that the state should be the most powerful force in society. Among many other things, the government should be in control of educating every child; should provide all health care; and should regulate often to the minutest detail how businesses conduct their business -- in Germany, for instance, the government legislates the time of day stores have to close. In short, there should ideally be no power that competes with Government. Not parents, not businesses, not private schools, not religious institutions; not even the individual human conscience.

Conservatives, on the other hand, believe the government's role in society should be limited to absolute necessities such as national defense and to being the resource of last resort to help citizens who cannot be helped by family, by community, or by religious and secular charities.