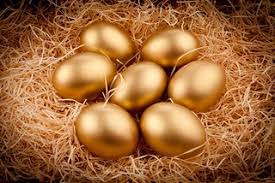 (Natural News) For decades, mostly Democrat-run states have won favor — and votes — among key political constituencies by padding their pensions.

But as the tax base in many of these states dried up as people fled high levies and high prices — Illinois, New Jersey, and Connecticut come to mind — elected leaders were still left with the same overly generous pensions.

Now, after years of falling revenues, some states are teetering on the edge of bankruptcy thanks to massive pension obligations that stretch into the hundreds of billions and only grow each year.

Worse, the shuttering of their economies in an effort to stop the spread of the Wuhan coronavirus (COVID-19) has left these states in even worse financial trouble: Sales taxes and other revenues raised through a functioning society have disappeared, leaving governors with massive amounts of red ink.

The National Governors Association thinks the American taxpayer should subsidize years of bad political decision-making and political pandering. As reported by Bloomberg News, the NGA wants the federal government to cough up $500 billion; this is on top of the trillions in deficit spending already committed by Congress to provide relief to our coronavirus-ravaged economy.

But that option isn't going to fly with the GOP, according to Senate Majority Leader Mitch McConnell — or him, for that matter.

The Kentucky Republican said Wednesday after the Senate passed another huge $484 billion coronavirus relief bill that he's ready to "pause" all of the spending in order to prevent piling more onto the national debt.

"I said yesterday we're going to push the pause button here, because I think this whole business of additional assistance for state and local governments needs to be thoroughly evaluated," McConnell said.

That's fine fiscal advice, as far as it goes, but McConnell also said during an interview with conservative talker Hugh Hewitt he believes states ought to be able to declare bankruptcy.

"I would certainly be in favor of allowing states to use the bankruptcy route," he said, according to Bloomberg News. "It's saved some cities, and there's no good reason for it not to be available." (Related: Debt collapse 'perfect storm' shaping up that will almost instantly wipe out pension funds nationwide.)