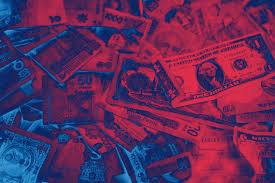 The United Nations Conference on Trade and Development (UNCTAD) published a note on Thursday morning that said about $1 trillion in debt owed by developing countries should be canceled to avoid an emerging market debt crisis.

"This is a world where defaults by developing nations on their debt is inevitable," warned Richard Kozul-Wright, director of UNCTAD's Division on Globalization and Development Strategies.

UNCTAD's report calls for a global debt relief deal for emerging market economies. It indicates "the vital need for decisive action to provide substantive debt relief to developing countries to free up sorely needed resources to respond to the raging pandemic."

Last month, UNCTAD called for an international effort to create an economic relief package for emerging market economies that would amount to at least $2.5 trillion. It said even before the virus pandemic, many of these developing countries had insurmountable dollar debts.

"The international community should urgently take more steps to relieve the mounting financial pressure that debt payments are exerting on developing countries as they get to grips with the economic shock of COVID-19," said UNCTAD Secretary-General Mukhisa Kituyi.