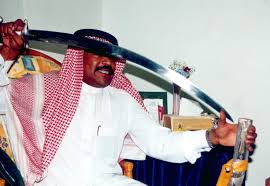 Human rights monitors have recorded that Saudi Arabia has carried out its 800th execution since King Salman bin Abdulaziz (and by extension MbS) began his rule five years ago — most being in the form of the kingdom's 'favored' beheadings.

The British nonprofit Reprieve said the kingdom's rate of execution in Saudi Arabia has doubled since 2015 when King Salman took over following the death of his half-brother, King Abdullah. Of course, as Salman's health was reportedly increasingly fragile from the start of his rule, it's widely believed crown prince Mohammed bin Salman (MbS) has remained the true power and day-to-day decision maker.

MbS was widely hailed as a 'reformer' - among other things promising to greatly reduce the number of annual executions, which include the ghastly methods of beheading and crucifixion. But this is nowhere near the reality.

So much for empty talk of 'reform', 'modernization' and 'progress' - as Middle East Eye reports of Reprieve's findings:

Currently, there are at least 13 juvenile defendants on death row - including Ali al-Nimr, Dawood al-Marhoon and Abdullah al-Zaher - who are "at imminent risk of execution", Reprieve and the European Saudi Organisation for Human Rights said.