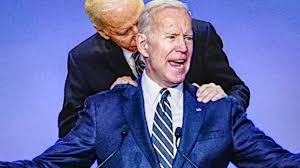 "Tara Reade isn't going away no matter how many times partisan opportunistic hacks ... are sent out to try to smear, demean & discredit her," he tweeted.

Reade, a staffer for Biden in 1993 who has claimed he sexually assaulted her, told Fox News on Friday that it was her mother who called into "Larry King Live" in the resurfaced clip and alluded to her daughter's experience on Capitol Hill.

The Intercept on Friday first reported the transcript of the Aug. 11, 1993 broadcast, during which the woman -- who does not mention sexual assault or specific details of Reade's claim -- asks a question of King and his panel. The clip was later found and published by Newsbusters.

"Yes, hello. I'm wondering what a staffer would do besides go to the press in Washington? My daughter has just left there, after working for a prominent senator, and could not get through with her problems at all, and the only thing she could have done was go to the press, and she chose not to do it out of respect for him," the caller says.