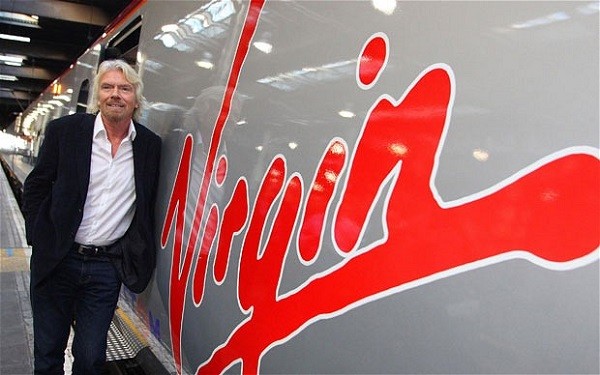 The billionaire's pursuit of a £500million taxpayer intervention has effectively been shelved and the airline is concentrating on getting new backing from private investors, according to the Sunday Telegraph.

Around 50 possible backers are said to have inquired about the company – with suitors presented with options to inject debt, equity or convertible loans, which could potentially leave face of the brand Sir Richard with no residual stake.

'All options' were said to remain on the table after the investment bank hired by Virgin Atlantic, Houlihan Lokey, reportedly sounded out more than 100 possible financial institutions.

Sir Richard Branson is looking to sell Virgin Atlantic before the end of May, reports indicate

Lansdowne Partners was reported to have been interested, but a spokesperson denied the organisation was involved in a refinancing of Virgin Atlantic, and said it had 'no interest in doing so'.

Several parties could form consortia while they review the airline's financial information.

Sources have claimed Houlihan Lokey is looking to finish the rescue operation before the start of June.

One possible deal option could see Virgin Atlantic being put into administration, it is understood – with sources claiming accountancy firm EY is thought to be first in line to take any possible appointment.

It is thought Sir Richard, one of the world's wealthiest men, will keep bankrolling the business as the search for investment continues – and while the possibility of a government bailout has been put on hold, it could come back as an option if the current plan fails.

Sir Richard, estimated to have a £4 billion fortune,  could not save the Australian arm of his airline from going into administration earlier this week.

Branson, 69, had asked the British Government for a £500 million loan —and offered to mortgage Necker Island, his private Caribbean retreat believed to be worth £80 million