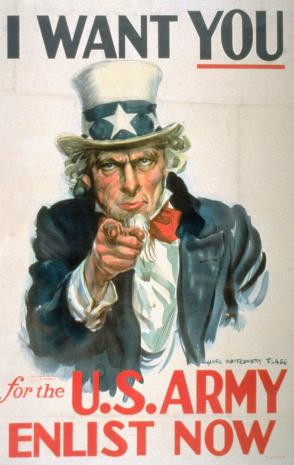 In March, a federal agency named the Commission on Military, National, and Public Service issued an official report on whether America's system of conscription should continue and, if so, whether women (along with men) should be subject to being drafted should circumstances warrant it.

After months of study and deliberation, the commission answered yes to both questions.

That shouldn't surprise anyone, given the overall composition of the commission. It includes two former members of the House Armed Services Committee, a former White House Director of Communications, an advisor to corporations that wish to "engage" with the Department of Defense, a former director of the Selective Service System, a former counsel to the Senate Armed Services Committee, a former undersecretary of the Navy, a former deputy national-security advisor, an advocate of national service, an advocate of a "strong national defense," and a former Navy commander.

No libertarians there! Just a pack of Washington, D.C., establishment types whose worldview is oriented toward protecting the U.S. government's dominant role in the world. The chance that this commission would recognize the evil nature of conscription was close to nil.

Conscription goes against every founding principle of America except slavery. It is a system by which the government claims the authority to seize a citizen and force him to serve the state. That's essentially what slavery was all about, even if slaves were being forced to serve private masters instead of state ones.