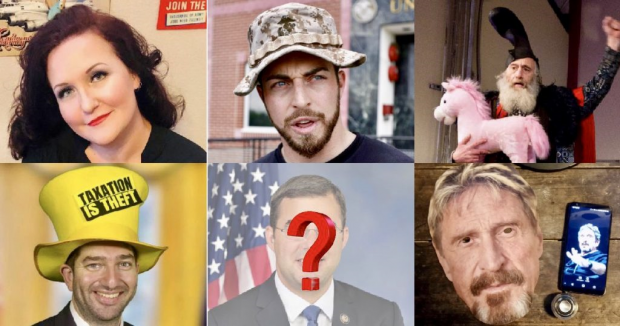 After a half-century of existence, the Libertarian Party (L.P.) this morning wakes up to a situation it has never before experienced—with a sitting member of Congress proudly waving the Libertarian flag.

"I will be the first," Rep. Justin Amash (L–Mich.) told me late Tuesday* night, just after announcing his candidacy for the Libertarian presidential nomination. "And I'm happy to do that."

Amash is not the only person smiling. In an email, Libertarian Party Chair Nicholas Sarwark said, "I'm happy to see that Representative Amash has come home to the political party most closely aligned with his views," adding: "If more members of the House who are tired of being marginalized by the GOP and Democratic leadership joined him, we could see a caucus of legislators who are able to work for the American people instead of conflicting teams of special interests. My DMs are open."

Amash, a persistent critic of President Donald Trump who left the Republican Party to become an independent last July 4, was facing a competitive reelection campaign in his 3rd District of Michigan, a state whose straight-ticket ballot option disfavors candidates outside the two major parties. Yet he says his seat could have been defended.

"That was one of the hardest parts of this decision," he said. "When I'm looking at my polling, and fundraising, and other aspects with respect to the congressional campaign, I felt I was in the driver's seat. I felt that I was in a very strong position to win it….But I just think this is too important."