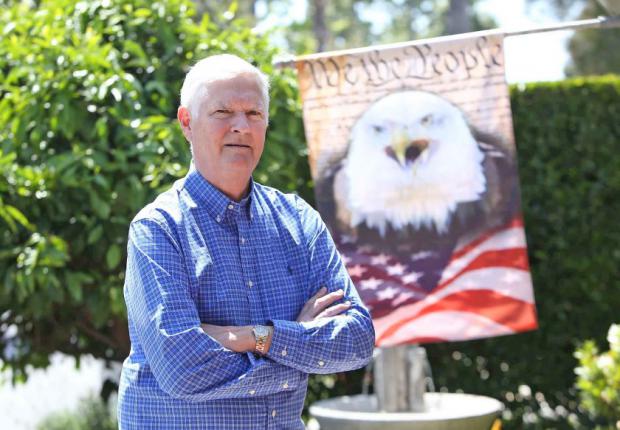 Longtime Newport Beach resident Jim Gray, who was born in Washington, D.C., 75 years ago, hopes to return to the U.S. capital early next year and take up residence in the White House.

"That's because I expect to become the Libertarian Party's candidate for president and defeat Donald Trump and Joe Biden in the Nov. 3 general election," said Gray, a leading figure in the Libertarian Party and former Orange County Superior Court judge, Navy officer who served in combat during the Vietnam War, Peace Corps teacher in Costa Rica and Daily Pilot columnist.

The upcoming presidential election will be Gray's fourth endeavor to represent the Libertarian Party at the national level. He was unsuccessful in 2004 in defeating incumbent California Democrat U.S. Sen. Barbara Boxer, in 2012 when he was the Libertarian vice presidential candidate in the race against incumbent President Barack Obama and Vice President Biden and in 2016 when his party selected another vice presidential candidate to run against the ticket of Donald Trump and Mike Pence.

The Libertarian Party had initially planned to hold its national convention to choose its presidential and vice presidential candidates in Austin, Texas, during Memorial Day weekend on May 23-25, Gray said.

"But due to the rest-in-place, social distancing, travel and other restrictions imposed by the coronavirus pandemic, we may have to cancel the Austin event and hold the convention via teleconferencing or some other sort of viral communication," Gray said. "Or, we could reschedule the Texas convention to late summer. At this time, we have no concrete plans."

"In any case, my campaign for the nomination is doing very well," Gray added. "Not only am I receiving endorsements from many convention delegates, but I am receiving backing from community leaders all over the country. Two of them are well-known and respected Orange Countians, Dr. Jim Doti, president emeritus of Chapman University, and Tom Campbell, a former Northern California Republican congressman and Chapman Law School dean who now is a law professor there."