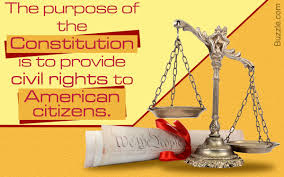 Given the number of really bad policies that various US governments and officials, from school boards to POTUS, have implemented, especially recently, it is high time to restore weakened or lost Constitutional restraints against arbitrary rule.

The threat from 3, 4, and 5 is double-edged, meaning that Americans can be harmed by the actions of those forces as well as by their inaction.

The national government, for example, can harm Americans by being insufficiently prepared for natural catastrophes and foreign incursions, as with Hurricanes Katrina and Rita and the 9/11 attacks. It can also harm Americans, though, by doing too much, as with the invasion of Iraq and the way-too-long occupation of Afghanistan. (Relying too much on FEMA instead of states or private initiatives may be another example, but less clear cut than the needless wars.)

1 Comments in Response to Why Didn't The Constitution Stop This?

Consider. Is God real? Does He force anyone to do anything, except automatically obey the laws physics? We are totally free in the USA, to start another government right within the one we have. The Private Membership Association is a form of privacy that stops government from messing with you. And use of the privacy laws that a PMA uses, even if you don't have a PMA, is just as strong. Associate with others until you have everybody in your PMA. Let the few who remain in government sit there and stew. Your PMA is the new, better government.