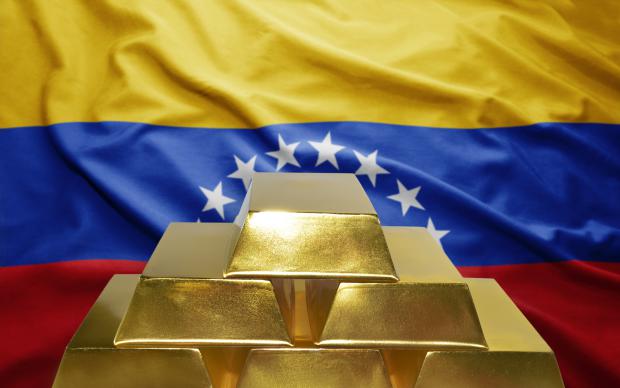 With cash levels dwindling and its once mighty oil sector on its knees and needing help desperately, OilPrice.com's Tsvetana Paraskova reports that Nicolas Maduro's regime in Venezuela is paying Iran in gold for help with Venezuela's crumbling oil industry, U.S. Special Representative for Venezuela Elliott Abrams said at a conversation with Washington-based think tank Hudson Institute this week.

And, its cash reserves are at record lows

And since, over the past few weeks, Iran has been sending more and more planes to Venezuela, Abrams said that "our guess is that they are being paid in gold," he said.

"Those planes that are coming in from Iran that are bringing things for the oil industry are returning with the payments for those things: gold," Abrams said.

In April alone, Venezuela loaded 9 tons of gold, worth around US$500 million, on airplanes for Iran, in exchange for Iranian help for repairing Venezuela's crumbling refineries, sources with direct knowledge of the matter told Bloomberg this week.