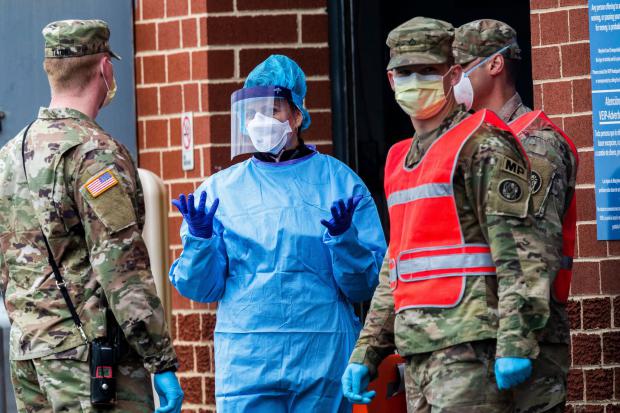 "The National Guard and the State Police are both guarding these tests at an undisclosed location," Hogan said.

"There had been reports of, for example in Massachusetts, Gov. Charlie Baker told the story of his planeload …with masks was basically confiscated by the federal government," he said, adding that, "it was a little bit of a concern" knowing the federal government would attempt to seize the tests.

"We spent about 22 days and nights dealing with this whole transaction with Korea. We dealt with the Korean Embassy, folks at the State Department ... and our scientists on both sides trying to, you know, figure out these tests," Hogan said, noting that the purchase of the tests was also in coordination with the Food and Drug Administration (FDA).

"And then at the last moment, I think 24 hours before, we got the sign-off from the FDA and Border and Customs, to try to make sure that we landed this plane safely," he continued.