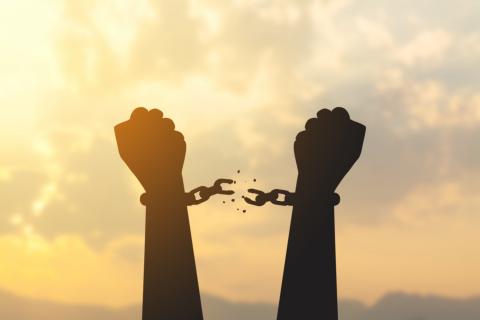 They know that slavery is morally wrong and that the plight of the slaves is horrible.

So, a group of people get together and begin advocating for slavery reform. Their aim? To get legislation enacted that improves the lot of the slaves. Fewer lashings. Shorter work hours. Better food, clothing, and healthcare. No more forcible separation of families.

Would the slaves have been pleased? Probably. Most people would be pleased with an improvement in their condition.

But the slaves would not have been totally pleased for one big reason: They would have known that despite the improvement in their lives brought on by slavery reform, they would still not have been free. It was freedom, not slavery reform, that they wanted. And freedom necessarily would involve a dismantling of the structure of slavery, not its reform.

Suppose a libertarian were to come along and say to the reformers, "Rather than spending time, energy, and money on advocating reform, why don't we all band together and start calling for freedom for the slaves. The more of us calling for freedom, the bigger the chance we have to achieve it."