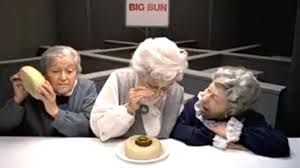 (Bloomberg) -- With meat shortages roiling the U.S., some Wendy's Co. restaurants have taken burgers -- their hallmark item -- off the menu.

Customers have taken to Twitter to complain they couldn't order burgers from the restaurant, which touts its beef as fresh and never frozen in its marketing.

A check on Wendy's app showed that only chicken items were available for takeout or delivery orders from at least some of its stores in California. The situation has prompted a number of customers to ask "Where's the beef?" on social media, invoking a Wendy's catch phrase from the 1980s that poked fun of the small burgers sold by other chains.

North America's meat-supply chain has fallen apart as outbreaks shutter slaughterhouses, heightening the prospect that pork, beef and chicken may go missing from grocery shelves and restaurant menus. About a dozen slaughterhouses shut last month because of infections among employees jammed together on processing lines.

Wendy's spent years establishing itself as the first major fast-food chain to offer fresh-never-frozen beef. Rivals such as McDonald's have followed suit. It's a shift that has left some companies more vulnerable to disruptions to American's beef supply chain than ones that still rely on imports from Australia and other countries.

Potassium: The Vital Mineral We Are All Lacking

The Powers of the Mind- Ronnie McMullen