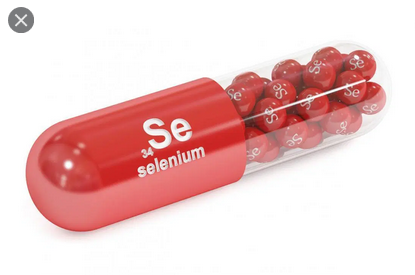 Dating back over two decades to prior published studies that show an essential trace mineral decreases the virulence and inhibits mutations in viral infections, researchers in the UK, US and China collaboratively report in the American Journal of Clinical Nutrition that selenium improves the cure rate for COVID-19 coronavirus sufferers.

The curative effect of selenium is evident in areas of China that have high selenium soil levels.  The researchers report only a 13.2% cure rate in Wuhan, China, the epicenter for the current COVID-19 coronavirus pandemic, compared to a 40.6% cure rate for all other provinces combined.  Cured patients are those whose body temperature returned to normal.

The fact other provinces in China do not report high death rates from COVID-19 coronavirus infections has led to the claim that China is hiding its death figures.  But now there is a more straightforward explanation – selenium.

By contrast, in Heilongjiang Province, where selenium intake is among the lowest in the world, the death rate from COVID-19 was almost five-times as high as the average of all the other provinces outside of Hubei.

Another city in China, Enshi, known for having high selenium soil and intake levels, has a 36.4% cure rate compared to 13.2% for all other cities in China, report these investigators.

Selenium in soil makes its way through the food chain to humans.  It is known as an essential nutrient for making a key antioxidant enzyme (along with vitamin E) called glutathione peroxidase.

The curative effect is believed to be heightened by combination of selenium with vitamin E, the two nutrients being required to produce the antioxidant enzyme glutathione peroxidase, which is suggestive multivitamins that provide both of these nutrients would be a good choice.

There are very high and very low selenium soil levels in China.  Most soils in the U.S. are selenium replete.

High blood storage levels (ferritin) of iron in the body tend to increase severity of viral infections which may explain why COVID-19 infections strike more males than females.  Menstruating females tend to be anemic as they dump iron once a month or donate iron to their offspring.  Men typically have higher iron storage (ferritin) levels than females.

Selenium is known as a controller of chronic inflammatory maladies including acute respiratory distress syndrome.

In a very compelling study, a selenium supplement was given to individuals with low-selenium status individuals prior to and then continually after live oral attenuated polio vaccine.  These subjects exhibited more rapid clearance of the poliovirus with fewer viral mutations.  Deficiency of selenium and/or vitamin E enables RNA viruses (like coronaviruses) to convert to more virulent strains.

Impaired immunity is common among individuals who have selenium deficiency.  For example, a deficiency in selenium can lead to decreased T-cell and neutrophil function, two types of white blood cells needed for immunity against viruses, says a 2004 report in Trends in Microbiology.

Even individuals with normal nutritional status were found to be vulnerable to COVID-19 coronavirus once mutations occur.  Selenium deficiency leads to increased viral mutations in the influenza virus genome.

Waste of Time to Test Says Mexico as 50% Test Positive