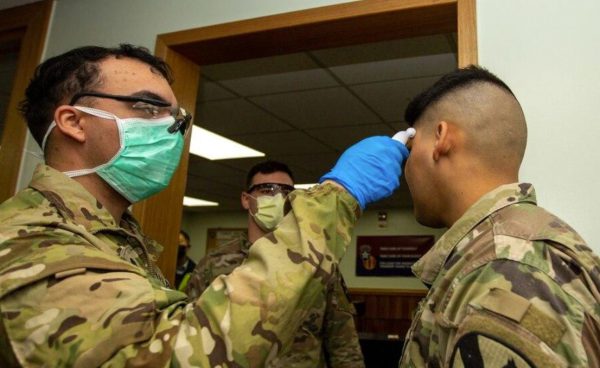 "...during the medical history interview or examination, a history of COVID-19, confirmed by either a laboratory test or clinician diagnosis, is permanently disqualifying," reads the memo - suggesting that the government isn't relying on survivors producing sufficient antibodies to clear the virus from their system and become non-contagious.

The decision comes after South Korea reported nearly 100 recovered COVID-19 patients tested positive again earlier this month, while many in Reddit's "covid 19 positive" forum have reported a resurgence of symptoms up to two months after falling ill - many of whom tested negative after experiencing a first 'wave' of the disease.

According to a defense official who spoke with McClatchy on condition of anonymity, the memo is interim guidance, and that a potential recruit may be able to move forward with enlistment if they obtain a waiver.

The new policy would mean a past coronavirus exposure would be treated the same as other medical conditions, such as hearing loss, "that are considered 'permanently disqualifying,' subject to a medical waiver," the official said. -McClatchy