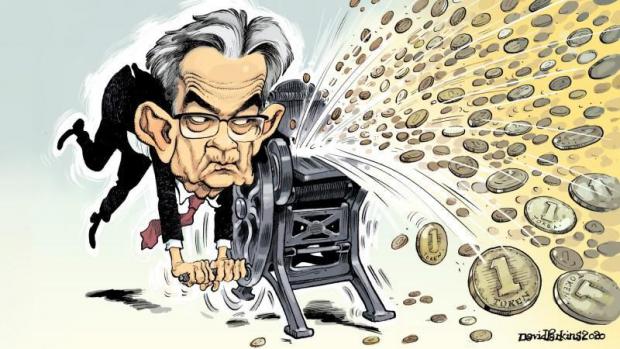 The central bank is busy doing something, a whole bunch of something, therefore how can it possibly turn out to be anything other than inflationary?

The answer: the Federal Reserve is not a central bank, not really. What it "prints" are, as Emil Kalinowski likes to call them, the equivalent of laundromat tokens (I wonder if they're even that useful). Even Jay Powell knows this, but he's absolutely thrilled that so many people believe otherwise.

When grasped by the dark specter of deflation, what better way (according to an Economist) to get out of it than to make people think you're being monetarily reckless; therefore, he's not about to correct the record as to what QE really is. As Paul Krugman once put it, credibly promise to be irresponsible.

It's the "credible" part that goes lacking. Thus, the parade of counterexamples – "Japan 2001. America 2008. Japan 2013. Europe 2015" – each one unanswered by any inflationary breakout. Has the whole world just forgot about QQE? It's still ongoing seven years later!

The other part or half of what's driving fears is fiscal, governmental in general. Come hell or high water, it is told, the feds as opposed to the Fed are going to drive inflation. Why? Because, as legend has it, that's the way you "pay down" massive debt loads. You go nuts borrowing and then, quietly, ambiguously, you screw your lenders (bond holders) by devaluing the currency.

Occasionally, as the kids say, they say the quiet part out loud.