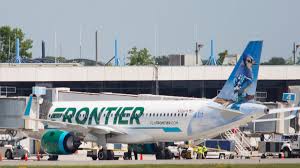 Frontier Airlines will soon become the first U.S. carrier to check passenger temperatures before allowing people to get on board. Some airline executives have suggested temperature checks would make travelers feel more comfortable about flying.

"This new step during the boarding process, coupled with face coverings and elevated disinfection procedures, will serve to provide Frontier customers an assurance that their wellbeing is our foremost priority," said CEO Barry Biffle in a statement announcing the new program.

Frontier said anyone denied boarding will be re-booked.

Biffle told CNBC he has heard from passengers who say they want temperature checks.

Earlier this week, Air Canada became the first airline in North America to say it will start checking passenger temperatures before flights. That requirement takes effect on May 15. Heathrow Airport in London has announced it will start using thermal cameras to monitor the temperatures of people in the airport's immigration halls.