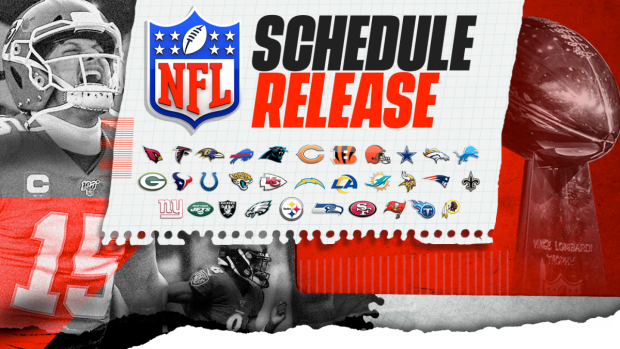 The Texans won a regular-season game at Arrowhead Stadium in 2019, then blew a 24-0 lead in the divisional round of the playoffs.

Another highlight of the opening weekend will have Tom Brady's regular-season debut with Tampa Bay against Drew Brees at New Orleans on Sept. 13 — the first matchup of 40-plus quarterbacks in NFL history.

The opening of SoFi Stadium in the Los Angeles area that Sunday night has the Rams hosting the Cowboys.

Allegiant Stadium in Las Vegas will debut on the Monday night, Sept. 21, with the Raiders facing Brees and the Saints.

All of the 32 teams released their schedules early Thursday evening, with the full 2020 list scheduled to be revealed by the league a bit later.

The Chiefs, who won their first Super Bowl in a half-century last February, need baseball's Royals to move their game for Sept. 10, which now is part of a doubleheader two days earlier. The teams' stadiums share parking lots.